Introducing the Missile Baits Craw Father. Designed by Elite Series angler and Missile Baits owner, John Crews, it is a compact craw with a ton of action in the claws. Extremely versatile, it covers a wide variety of applications, including flipping, punching, Carolina-rigging, and as a jig trailer.

“The Craw Father was a bait that came out of necessity like all our other baits. I kept finding myself looking for a compact craw with the action I wanted so I just designed it. I love how it turned out.” says Crews.

“John sent some prototypes before I went to Toho in January. The bite was tough but I got tons of bites when I switched to punching the Craw Father. I caught a bunch of fish behind other guys and ended up with a top 5 on it!” adds fellow Elite Series angler and Missile Baits pro staffer, Ish Monroe.

Available in a range of Missile Baits top-selling colors, the Missile Baits Craw Father is sure to become a familiar sight in rod-lockers and on casting decks everywhere. 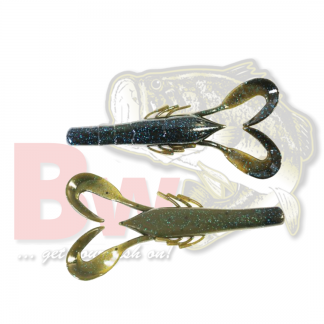